In the mid-1980s, the steel industry was enduring rapid changes. Joe Halter, president of Solmet Technologies, saw new trends emerging and recognized a need for metallurgical testing in the area — largely due to the Timken Company’s increase in steel volume.

In December 1985, Solmet Technologies was born. The company initially became successful in outsourced metallurgical testing. In fact, Solmet was among the first to provide industry-standard test samples for primary steel manufacturers in the country.

Solmet expanded in the mid-1990s by forming partnerships with key players in the oil and gas industry, delivering custom made shafts and other forged parts.

Solmet’s experience will allow the company to forge ahead into the next decade as a leader in the forging industry.

At Solmet Technologies, we base our company’s principles on strong American values.

Learn more about Why Solmet?

In the mid-1980s, the steel industry was enduring rapid changes.

Learn more about Our History 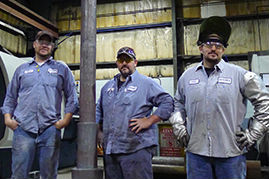 Our team is comprised of many hard-working, talented and loyal individuals who all work together to forge relationships with our clients, with each other and with the community we share.

Learn more about Our Team 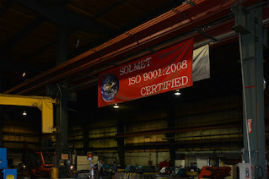 Located in Canton, Ohio — the heart of the Midwest — our 35,000 square foot facility houses our offices, forging equipment as well as testing and blacksmithing equipment.

Learn more about Our Facilities

At Solmet, we strive to create a safe workplace made up of a highly trained, certified staff.

Every employee at Solmet Technologies is committed to making their community better, and we encourage all employees — at all levels of the business — to give their time and money to civic engagement and charitable causes.

Learn more about In the Community